Does a Clean House Affect an Appraisal?

Whether you plan to sell your home or refinance your mortgage, getting an appraisal of the property is an essential part of the transaction. No matter which lender you use, they’ll require that to assess your home’s market value and ensure the loan amount requested is appropriate.

What the Appraisal Should Be Affected By

Any homeowner who wants to refinance or sell is looking for the highest number possible when asking, “What is my home worth?” While guesstimates can be made, the only real way to know is to obtain an appraisal. The appraisal value is influenced by multiple factors, including the square footage, number of bedrooms and bathrooms, amenities, floor plan, recent sales of similar properties, and the current market trend, among others. The appraiser will do a complete visual inspection, inside and out, noting anything that might affect the value, including any necessary repairs.

Generally, appraisers are looking for signs of neglect, such as peeling paint, pungent odors from cigarette smoke or mildew, mold on the walls, leaking roofs, and so on. They’re trained to overlook clutter like some unwashed dishes, scattered clothing, and toys, which means the short answer to whether or not a clean house affects the appraisal is no, but it’s really not all that cut and dried.

What Happens if the Appraisal Is Lower Than You Hoped

If the appraiser believes your home isn’t worth the price that’s been agreed upon between you and your buyer, that buyer won’t get full funding, and there’s a good chance the deal will fall through. If you’re looking to refinance, and the amount you owe is more than the appraised value, you’re looking at a scenario that means it may not be possible.

When you’re hoping to get the highest value possible, you’ll want to know what you can do to impress the appraiser – and no, bribes aren’t on option, not even a box of candy or flowers.

The reality is, an impeccably clean home is likely to be valued higher than if it were in the opposite condition. Appraisers, just like the rest of us, are human beings with personalities that can be affected by many things. For example, The Economist reported that a study in 2011 revealed judges gave stiffer sentences leading up to their lunch breaks, but after eating, they were more lenient, which suggested that hunger could literally change the course of justice. As an appraiser is judging your home, they’re far more likely to give you a higher appraisal if they’re in a good mood, which is more likely to happen by making his or her job as easy as possible. A house that looks like a pigsty is only going to make it harder.

Ensuring that your home is sparkling clean will make a difference even though, in theory, it shouldn’t. The appraiser will be swayed by everything from how the house feels to how it smells, even if they aren’t consciously aware of it. It’s usually worth paying a professional for a deep cleaning that includes scraping away any paint that’s peeling, touching up paint, spot cleaning the walls, and a full scrub throughout, as well as clearing out any clutter. 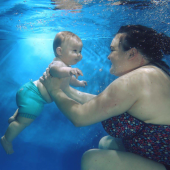 *Disclaimer mummyvsmoney uses affiliate links. Affiliate links means that sometimes if you click through to a website and register or purchase something, I get a commission from that sale at no extra cost to you. All opinions and reviews are my own.